Welcome to the official fan page of C. Marks is best known for her trilogy of high fantasy novels Elfhunter; Fire-heart; Ravenshade. Her books have earned acclaim from a wide range of readers, The kindle versions have enjoyed top 10 seller status in epic fantasy in both the US and UK. After a year of all titles being "out of print and unavailable", Chris is now looking forward to the re-release of the newly remastered Elfhunter trilogy, to be followed by comic book and graphic novel adaptations.

Marks Website: CSMarks. She is a popular panelist, seminar presenter, and lecturer. Whatever, let them run around Or even in Alterra, with its portals and the ability to leave the game at any moment? Let them run after him. Now it was time to get back to business. The temple of the great Chronos was a no-go. Next, Jack was going to visit the temple of the warrior Ged. This god, a lover of combat and patron of the Scands, the race that Jack played.

Come to think of it, Ged would likely give the quest to a warrior and adventurer, both specializations which Jack had developed. It wouldn't be necessary to show the Tear. Ged was an expert on weapons, so Jack could present the dagger, Shadowkiller, to the priest. Jack had already had dealings with Ged's priest and knew what to expect. He had taken a couple of jobs suitable for a warrior Scand in this temple.

Destroy a sacrificial altar or kill a dangerous predator. Before reaching level twenty, those quests were perfect. However, even those bosses rarely reached level twenty, so he would hardly gain any XP for them now. Perhaps the warrior god would give the holder of a legendary dagger something more serious?

The priest, stately and broad-shouldered, was a man of advancing age with a face full of jagged scars, no worse than those on Jack's. Maybe it was because of this that the NPC evoked in Jack a bit of irrational sympathy? 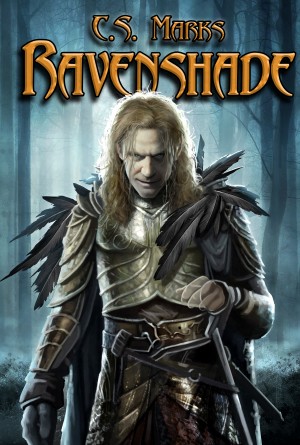 Were the developers implying that the priest of the god-warrior had been a swordsman himself? It made sense!

Although his beard was grey, his rosy cheeks and clear voice were more suited for a younger man. The developers had an interesting interpretation of former soldiers.

A strange weapon has fallen into my possession, the like I've never seen before. Let's see, can you surprise an old warrior? Discard it!


It is unfit for a good Scand to even pick up this abomination! What if I throw it away somewhere and another finds it?

Will misfortune not come of it? Or bury it in the forest! Far from living areas! Every moment that this cursed thing remains with you, it may destroy you! When the priest, drawing his grey brows into a scowl, uttered his threats, Jack made out the heavy rumblings of thunder.

They barely reached him, as if from afar, and herealized that it wasn't coming from the game. It really was thunder rolling - in reality, outside the trailer window. That was too bad. It would have been nice if the priest's speech had been accompanied by special effects. It would have been awesome.

Quickly, purge the world of good men of this accursed corruption! What a bummer. No one wanted to explain At any rate, there were no info messages, which meant no new quests there. Jack left the temple in such a state of thoughtfulness that he didn't even glance at the Gravediggers waiting for him outside. One of them promptly entered the temple. Jack wondered, would the priest be amiable with him? Or would he tell this guy off, too?

Maybe they thought the priest would repeat his conversation with Jack. NPCs weren't capable of such a thing, as they had a limited set of dialog lines. Then a thought immediately superseded his contemplation: what to do next? Try his luck in the other temples? Go to Zaratos the Wise, the god of answers?

In fact, this seemed right up his alley, solving riddles. But, Zaratos was an Achaean god. He never gave a straight answer and required a fee for each word. Or should he turn to the god of questions? Faceless protected Taunites, but was always up for playing some kind of dirty trick. Slap you with a debuff, who knows what, for asking the wrong question That left the goddesses. Astra, Ged's companion and beloved, always followed the warrior god and healed the wounds that he inflicted.

She favored the Lahittes, but he could try. Although, it was unlikely that Astra would be very helpful Crossing the square, Jack approached the temple of Shining Vecta.

She was a kind goddess, who surely wouldn't get angry. Vecta was the wife of Chronos, and one of two entities.

Ravenshade (Tales of Alterra, the World that Is #3)

Her husband was responsible for the overall passage of time, while Vecta oversaw the transition of day and night. During the day, she was the all-merciful and good Vecta, who granted everyone peace and tranquility. However, at night, in the form of Necta, her evil incarnation, she plotted all kinds of mischief. She was the mistress of black magic That was exactly who Jack needed. Necta was not well regarded in Svetlograd and there were no temples dedicated to the evil incarnation of the two-faced goddess.