The government, sensitive to mounting alarm about deteriorating security since the overthrow of Hosni Mubarak in February, also rushed to announce that all people arrested would be tried in military courts. The justice minister, Abdel-Aziz al-Gindi, pledged to "strike with an iron hand all those who seek to tamper with the nation's security".


Imbaba, a poor neighbourhood in the north-west of Cairo, was quiet but tense as night fell. The main al-Wahda street was blocked by armoured cars and patrolling soldiers — trusted far more than the police, who were discredited during the revolution. Witness described how several hundred Muslims massed outside St Mina church demanding the woman be surrendered.

Gunfire was heard and stones and petrol bombs were thrown before the army and emergency services were able to bring the situation under control. A second church was burned down. Copts, who marched last night to the state TV station, called for national unity but blocked roads and raised tensions. Egyptian media described the Imbaba attackers as Salafis — fundamentalist Muslims who want the imposition of sharia law.

A New Crisis for Egypt’s Copts

The Salafis, often with links to Saudi Arabia, are seen as having become more visible because internal security is less repressive now than before the revolution. It is also widely believed that elements of the Mubarak regime are encouraging them. The incident was condemned by the Muslim Brotherhood, Egypt's main Islamist grouping.

Religious tensions immediately rose in the country, and angry Copts stormed streets, battled with police, and even vandalized a nearby mosque. Yet by Coptic Christmas Eve, which took place Thursday night in Egypt, things had changed completely. What had been a promise of solidarity to the weary Coptic community, was honoured, when thousands of Muslims showed up at Coptic Christmas eve mass services in churches around the country and at candle light vigils held outside. 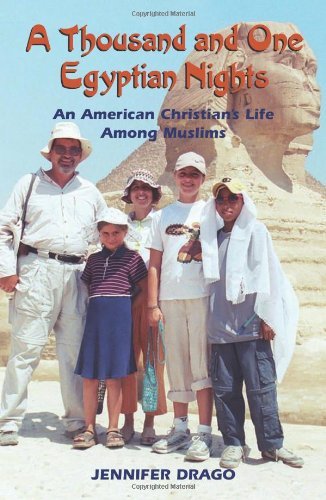 Among those shields were movie stars Adel Imam and Yousra, popular preacher Amr Khaled, the two sons of President Hosni Mubarak, and thousands of citizens who have said they consider the attack one on Egypt as a whole. This was an attack on Egypt as a whole, and I am standing with the Copts because the only way things will change in this country is if we come together.

Al Jazeera English covered the attacks and reported from the site of one of the solidarity events where Muslims and Christians stood side by side, protesting discrimination against Copts and calling for an end to violence. Watch it:.